We purchased our brewhouse and fermentation vessels this week. We ended up going with a new 30 barrel brewhouse from Newlands Systems, Inc. located outside of Vancouver, British Columbia, Canada. We chose Newlands Systems because we were very impressed with their quality. They have a great reputation for crafting well-designed, durable brewhouses. Jester King’s brewhouse will be built in British Columbia over the next six to eight weeks then shipped to Austin. Here’s a picture of what the mash tun should look like when it’s finished. 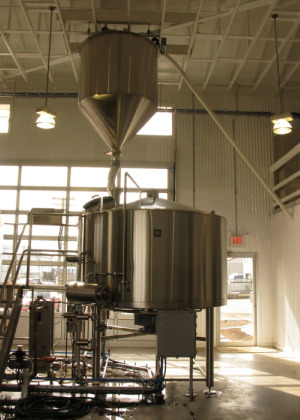 Michael Steffing at Jester King has been working on the plans for outfitting the brewhouse once it arrives. Here are a few designs he created of the brewhouse with hot and cold liquor tanks, a grist case and brewhouse piping. 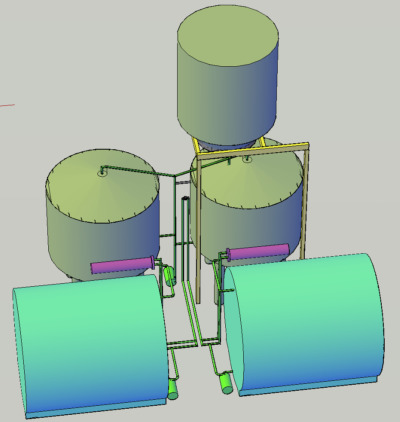 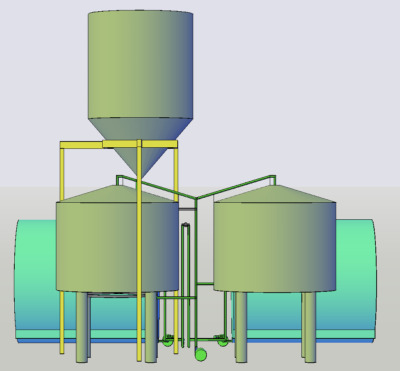 We also purchased four 30 barrel conical fermenters from Pacific Brewery System Technologies to begin making craft beer. The concrete foundation for the warehouse will be poured later this month, and the warehouse is scheduled to be up by the end of March. We should have some pictures up of the warehouse here in Austin soon!