One thing we’ve been focusing on for some time now is what beers to include in our initial lineup. Our guiding principle is brewing beers that we’re excited to drink ourselves, rather than trying to determine what beers will have the most mass appeal, drinkability and familiarity. We’d eventually like to brew over twenty beers and would be happy if no one beer accounted for over 15% of our sales. Realistic? We’ll find out. Recipe for mass-market saturation? No way…but who cares.

So initially with a limited number of fermentation tanks (four) and a fledgling self-distribution network, it seems we’ll need to decide on about four beers – give or take – to brew from the start. Here’s what we’re thinking:

Das Wunderkind, an American wheat ale heavily kettle and dry-hopped with Amarillo and Simcoe, is a favorite of ours. Although we drink a ton of commercial beers (mostly from the outstanding Texas craft breweries) and a lot of our friends’ homebrew, Das Wunderkind is our go to session beer (about 5% ABV). This beer is going to be in our initial lineup.

La Danse Macabre Imperial Stout is another favorite of ours. Huge roast. Huge chocolate. And pretty damn drinkable for a beer that last clocked in at in at 12% ABV. We also like its potential for barrel aging and want to get it evolving and developing complexity right away. Count this one in too.

Saison. When we started working on Jester King, I wouldn’t have guessed this one would be in our initial lineup, but it is a style that has really grown on us over the past several months. We love the medium-to-full mouthfeel despite finishing bone dry, the gorgeous orange-ish color and the rich notes of pepper and spice. Plus, this is another beer we’re excited to get into some barrels with some bugs and let the funkiness commence. An imperial version with some brettanomyces sounds lovely. 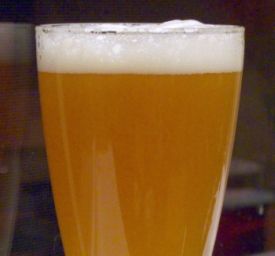 That’s it for now. We’ll figure out eventually which one is the forth beer to hit the tanks. We’re thinking about possibly opening it up to a homebrew competition. It would be a cool way to get the Zealots involved, who have been incredibly helpful and supportive. We’re not going to stop being homebrewers. That’s not something you give up.

Regardless of our initial beers, we’re going to do everything we can to brew beers we’re excited about. We hope Texas beer drinkers will find them exciting and a little different too. If all goes well, we’ll be able to start expanding the lineup with beers like Rex Machina (Belgian Strong Dark with walnuts and currants), Impaler Vlad (Belgian golden strong ale fermented with blood oranges, pinot noir juice and aged in wine barrels), double rye IPA and maybe even a wheat ale with fresh watermelon puree added post-fermentation.