Last month I went to Chicago for the Craft Brewers Conference (CBC). There I had the pleasure of staying with Kristina and Ted, proprietors of West Lakeview Liquors. (They ship to Texas, FYI.) Knowing that I lived for six years in Chicago, oblivious to this store and its magnificent selection of craft beers, makes me think about this book for some reason. Kristina was incredibly generous with her time and inventory. Our mornings began with a thirsty group of brewers, re-awakening our palates with a spread like this one. 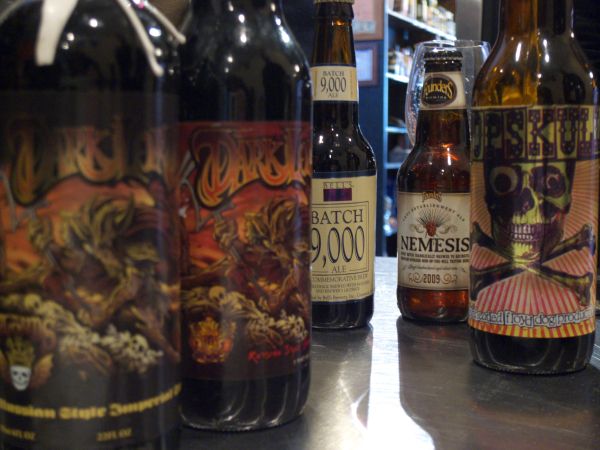 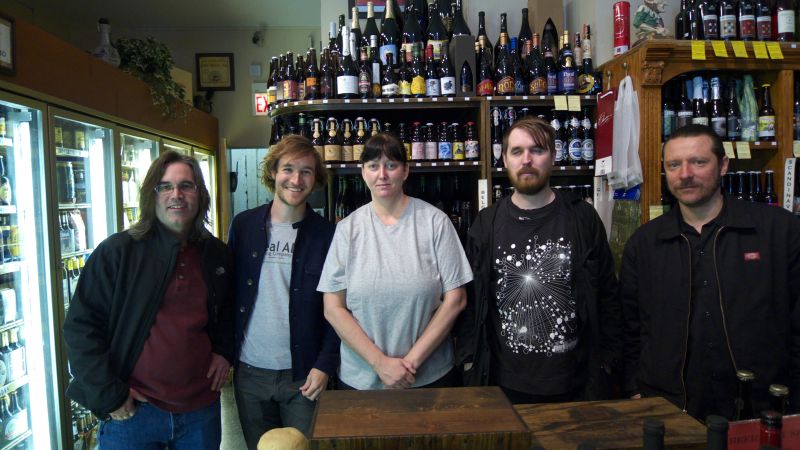 Later on in the week Nøgne Ø, Stone and Jolly Pumpkin co-hosted a dinner at Blackbird. Here’s a photo Ron Jeffries, brewer/owner at Jolly Pumpkin, discussing his Bam Bière and how it relates to his overall brewing philosophy. 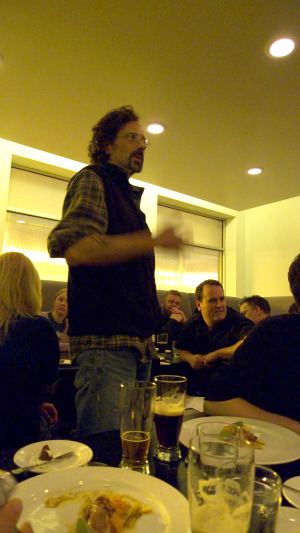 It’s no secret Jeff, Joe and I are hugh fans of Ron’s beers and attitude. Introducing Jester King to him was a treat. Post dinner, I headed over to The Publican, where I enjoyed this deep menu with Mikkel and Thomas from Mikkeller. 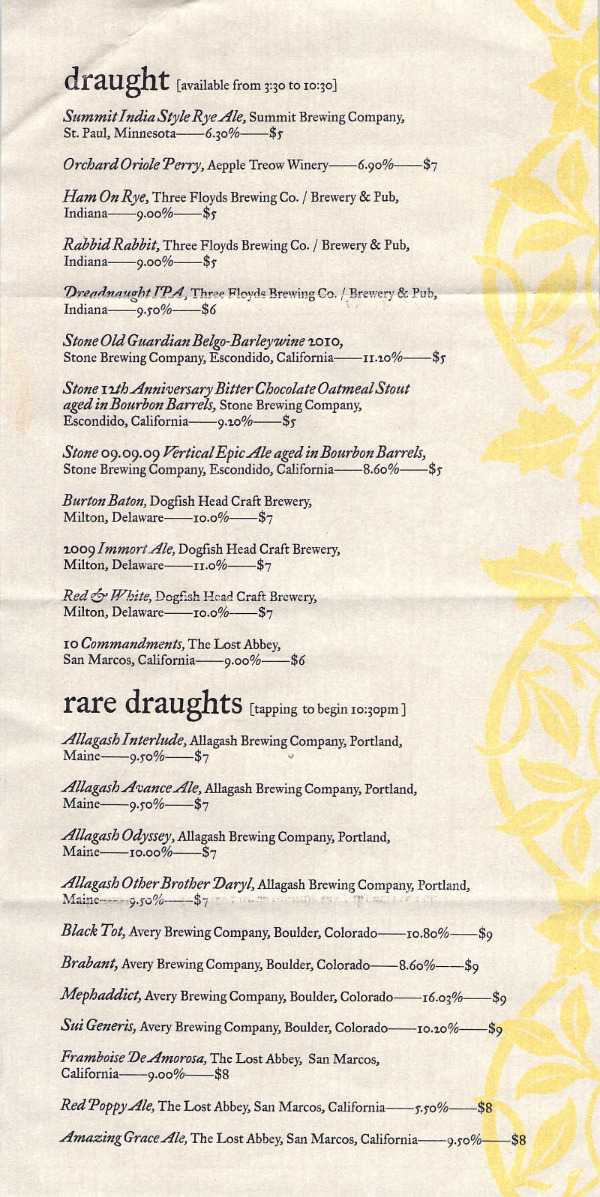 Being around so much wild, oak-aged beer was quite formative and will no doubt have a big impact on the beers Jester King brings out this fall. More on that later.